Don't believe everything you hear

...or everything your speaking toy (we have lots of them)says: 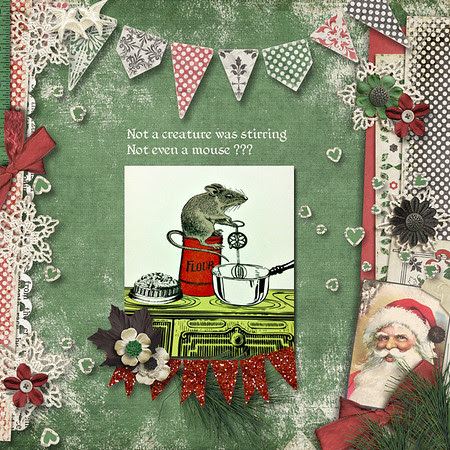 Rabbits are for life, not for Christmas

Some per shops are sensible and don't let people buy rabbits just before Christmas. They will often sell you a gift certificate and a book so that your child can learn how to look after a rabbit instead. Unfortunately some shops do sell them. It's really really stupid to buy a rabbit as a Christmas present! 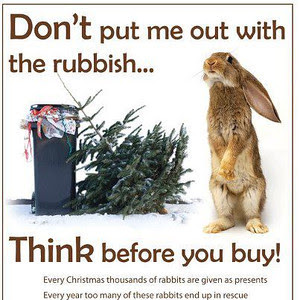 Posted by Sharon Horswill at 19:47 No comments:

The gun-toting nutters on Facebook are doing my head in.


"It's part of our history" Oh good, we can join in then. We can remove women's property rights, send children up chimneys and burn witches at the stake.

"We've always had guns" Ah, the "but we go to bullfights every year" defence. Even better is "we've always had lots of guns and hunted animals". And you wonder why I don't want to be your friend?

"It's a right under our constitution" So you're going to let a bunch of old men from hundreds of years ago decide what you do? The law is there to serve the people, not the other way around. And - hello - doesn't your constitution give you the right to carry a musket and form a militia? Maybe we shouldn't put that militia idea into their heads...

"It's mental illness that's the problem". I'd agree there. You are seriously mentally impaired. You want weapons in order to kill people and therefore more people will be killed. Now what part of that don't you get?

I've hidden and/or unfriended and/or blocked those who are sending atrocious and offensive stuff around Facebook. I've also reported several posts to FB under the "hate" category, the worst one being a mother with a machine gun on one hip and a baby on the other, which was accompanied by some of the worst hate comments I've ever seen. I started arguing with them but it was like arguing with a drunk. I was told it wasn't my business. Well, actually Facebook is an international community and the rest of the world do have a say what goes on there. Facebook will themselves have a say when international advertising revenues go down.

I'm not against debating important issues on Facebook. I'm against offensive images and messages being shared. That's not debate, it's bully boy tactics. "I'm going to stick this on your screen and I don't care who it offends". It doesn't do any cause any good.

Many Facebook users, like myself, are at home on their own all day and use Facebook to talk about their hobbies and enjoy the company of like minded people. I suppose the junk does at least tell you who the like-minded people are.

I don't believe there is any hope for the American people. The gun lobby is huge with seemingly unlimited funds which they are allowed to spend, unlike the political parties which (as I understand it) have a cap on their spending. Neither political faction will stand against them. There is supposed to be free speech but I don't see it. Maybe I hang out in the wrong places but it seems to me those against guns (and indeed against the war) get shouted down. If I was an American and wanted to protect my family I would leave and go and live somewhere else.
Posted by Sharon Horswill at 18:07 No comments:

The allegedly summer weather in the UK was atrocious this year but it perked up a bit towards September and we did make it to the beach in the end, just not in the sea. Another recent joy has been working out how to add real music - as opposed to muzak - to my Smilebox albums. Turn your speakers up if you like Chilled Ibiza!

Posted by Sharon Horswill at 22:32 No comments:

Grammar irritations are multilingual and today I'm a Grammar Fascista.

I've just finished reading The Villa Triste by Lucrezia Grindle on my beloved (plain ordinary, no colours or music) Kindle. You can find the book HERE.

It's a good read and I found it horrifying to discover that I apparently knew nothing about the fate of the Italian people during the war. As one commentator (well, OK, my husband) said "It was two enemies fighting each other. We didn't care". Clearly my history teachers didn't care because I don't remember Italy being discussed at all. Without giving anything away it's a story of the Italian "partisan" resistance and how their lives intertwine with a murder in the present day. You can read as much in the Amazon reviews and mine will be joining them shortly.

My beef with the book is this: There is a character referred to many times in the story as a ghost because no-one evers sees him. The author gives him the Italian name "il spettro".

Spettro is correct - our word spectre comes from the same Latin root -  but it would be lo spettro, not il spettro since il (the masculine definite article) becomes lo before an " S impure" and other combinations. Basically a "sp..." sound is an s impure and can NEVER go with il.

We had a very good Italian teacher at our school and she took the trouble to spend virtually a whole  lesson on this, making sure we knew that combinations like il spettro would sound so wrong it sets your teeth on edge. This gaff really set my teeth on edge throughout the book.

I don't know if Lucrezia Grindle speaks Italian. Her first name sounds Italian but the bio says she was born in the US. If she speaks Italian then she speaks it in another universe. If she doesn't then she should have let an Italian read her book before publication and it would have had a big red circle around "il spettro". Even if - and I doubt this happens anywhere - there is some part of Italy where "il spettro" would be the spoken version it shouldn't end up in text that way.

Surely any book about the Italy during the war should have had an Italian eye cast over it anyway? It's now bothering me that the authenticity of the story is somewhat lacking and that's completely spoiling my enjoyment of the story.

Posted by Sharon Horswill at 09:18 No comments:

Your career is standing still ...

I was wandering through a few "meeja" blogs, like you do when the Paralympics has finished and people are just annoying on Facebook, when I came across one prospective student of journalism who remarked she loved buying "stationary". My quotation marks, needless to say. Her friend remarked that she liked buying stationary too. What does this tell us?

1) Journalists are as capable of writing utterly tedious posts as the next blogger.

Here's a tip for remembering this one: STATIONERY has an E in it, as in E for "envelope". Or you could just bottle out like my American friends and call stationery "office supplies". I feel this needs a stationery-related scrapbook layout, made with my "office supplies" kit. Maybe later.

Posted by Sharon Horswill at 10:02 No comments:

All the pretty horses

The Olympics requires the watching public to catch on to some tough words like keirin, peloton, pommel. Aquatic, synchronised and equestrian might give some folk trouble but they seem to manage. Yet we are deemed to be too thick to work out what asymmetric bars are, even when the visual clue is before us on the screen.

Brushing aside the temptation to launch into a Latin versus Greek argument, temporarily at least, there seems to be no good reason for calling them "uneven bars" other than some committee bod's opinion that the word asymmetric is too difficult for us. The apparatus has not changed, as far as I know. My knowledge depends on how well I can retain information for four years since the BBC, for all its patronising talk about a sporting legacy and hourly "maybe now people will be interested in this sport" statements-to-camera, does in fact only show us football.

My problem with "uneven bars" is bigger than being thought thick by some committee bod. I can almost hear my Dad, an engineer, complaining about it. "Uneven" suggests a number of potential problems with the bars:

I'm sure Dad would have found more. The word asymmetric explains perfectly what they are, that is why some other committee bod a long time ago chose the name. Why introduce doubt? We have learned a lot of words during the Olympics. I'm rather proud of "keirin". That's the cycle race where they follow the little putt putt thing. Goodness knows why. No matter, since we seem to be able to cycle very fast in every race. Asymmetric is another word people could have learned if they didn't know it already.

Shame on you, committee bods.
Posted by Sharon Horswill at 18:24 No comments:

I need to do something about this blog. Like using it for serious experimentation with fancy blog templates ...

Here's visible proof (digital kit is World's Greatest by Connie Prince). We've had the same horrible handle on the cupboard door since we moved in. It wasn't even on straight. Today John removed it. There's no indication of when the new handle will be fitted. It was very entertaining though when John discovered, AFTER he'd sealed up the door with masking tape, that the sandpaper he needed was inside the cupboard. 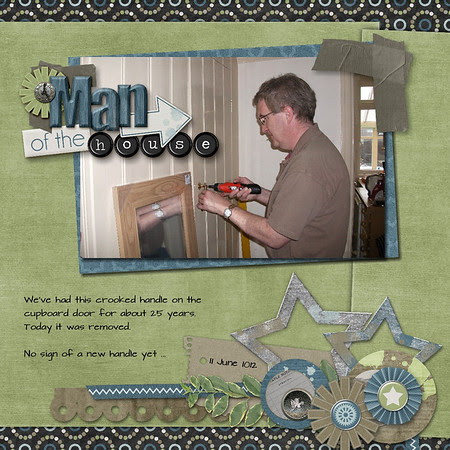 Posted by Sharon Horswill at 20:33 No comments: