Black Friday. It's American. And it isn't even named for retailers being in the black. Read this article and you'll see history has been rewritten.

Here it is in 2014 foisted upon us in the UK. You might get some bargains. I've got good deals on software on Amazon. On the other hand I could have bought paint Shop Pro X7 - which arrived today - cheaper from the manufacturers. Silly me. What you might get instead of bargains is an old version of that TV/Camera/tablet and then kick yourself when a new one comes out in a few weeks' time. A fool and his money are soon parted.

Is it a good idea for the shops? Not necessarily. What happens next year when people wait for Black Friday and sales fall in the early part of November? Cash flow is king when you're a retailer, not profit.

We're stuck with it now. It's part of our culture like all the Halloween junk and, as with the alleged Halloween "traditions" (sorry, kids, if I don't remember it as a child then it's not tradition ...), the great British public is conned into thinking we've had it for years. We haven't. Even Amazon only started it a couple of years ago and they were the forerunners in the UK. No doubt those people believe Father Christmas has always been called Santa too.

There will always be daft gullible people and the marketers laugh at them. I mean that literally. I've been in marketing meetings where ad executives have laughed at the prospect of "They'll go for that, no problem" "They can't touch us, we'll convince them it's about the charity" They're laughing at those people who think Sainsbury's aren't selling anything in their tacky disrespectful Christmas ad. All the Christmas ads are about brand recognition and all want you in the stores. Obviously. Why do you think someone at John Lewis is in trouble for not ordering another half a million toy penguins? I'll hold my hand up and say I love that ad, by the way.

Any TV ad, any marketing email, anything convincing you subliminally that Black Friday is a traditional fun shopping day - it's SELLING to you. It's not a difficult concept to grasp. Caveat emptor.
Posted by Sharon Horswill at 05:38 No comments:

Or, as Judge Masipa put it in her sentencing of Oscar Pistorius,

“Society cannot always get what they want. Courts do not exist for a popularity contest but only to dispense justice … The general public may not even know the difference between punishment and vengeance.”


They most certainly don't. They want revenge and revenge is not justice. It worries me that "public opinion" would like to turn the legal clock back 500 years to get what they want.

The rent-a-mob will never be satisfied. Those who believe the only good man is a dead one will never be satisfied. There is "outrage on social media". Ah, yes, that bastion of legal knowledge and common sense. Personally I really couldn't care less what those on "social media" have to say. They are mostly ignorant people who haven't even followed the case and just want a few quick likes and retweets. I always knew the internet was the realm of the ignorant and stupid but the last few months of following this trial have brought that home to me. I followed it on Twitter at first but had to close my account due to abuse and threats. The voice of reason is not allowed, apparently you can only be part of the mob.

Much has been said about Oscar being made a special case because of his wealth and fame. I believe that has gone against him. Would the case have been televised if he hadn't been famous? Would the media have thrown (unfounded) accusations around for months? Would the prosecution have brought in their heavy hitters forcing the defence to do the same and ensuring an inordinate amount of time was spent on the case? Would every blonde bimbo and her dog be writing a book? Would Oscar be in danger while in prison?

No, of course not.

Now every bit player will be cashing in. I hope the family have enough money and the gumption to sue for libel.
Posted by Sharon Horswill at 16:19 No comments:

I've been having a play with my personal website SharonHorswill.com. You can now see fancy moving pictures along the top.

Of course if you're on a phone or tablet you'll see nowt so you can click HERE to see a gallery of what's in there. There wouldn't be much point in adding a slideshow here as you won't see that either. Sometimes, folks, you need to get on a real computer and see what you're missing on the big screen!

Instead, here's a day from our exciting life. John had a week off recently and we sneaked a few days out as well as getting some work done on the house so more scrapbooks coming soon. 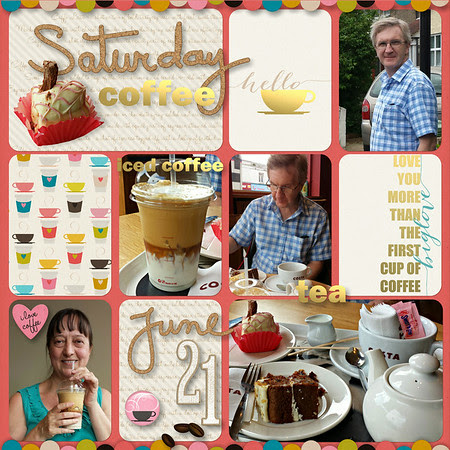 Posted by Sharon Horswill at 17:56 No comments:

I'm among his many supporters but, like them, I'm not allowed a voice. He has been tried and found guilty by the media. Comment anywhere - Facebook, Twitter, Disqus, on articles etc - and we're shouted down. Any Facebook page has a bunch of trolls on it, no matter how carefully it's moderated.  One idiot hijacked my thread the other day with a diatribe which ended "whatever you say you won't change my mind". Well, guess what, we don't need to change your mind. Justice is not about collecting votes in a country thousands of miles away.

I'm so sick of all the nonsense being spouted.

"We saw him out shopping". Bail, you silly people, not house arrest.

"He shouldn't have got bail, he did it." Please read up on the purpose of bail.

"We know he's guilty so we don't need a trial" Ah, a time traveller ...welcome to the 15th century. We've struggled for hundreds of years to create a justice system and you'd like to throw it away.

"New facts have emerged". No, actually that was a journalist making something up to sell papers.

Here's a sinister one: "Innocent until proven guilty is just a legal fiction. No-one believes it" Really? I studied law for four years and worked with lawyers for most of my professional life  and never met anyone who didn't believe it.

Do you know Oscar personally?

Are you familiar with South African Law?

Have you read up on crime statistics in South Africa?

No? So basically you gleaned your opinion from the Daily Mail, Facebook, your mates down the pub? Just what do you think a trial is for?

Yes, Oscar does have the advantage of money to pay for expensive lawyers and poor people don't. That is the same the world over and that particular injustice is not something that can be laid at his door.

I'm not a blind lovestruck Oscar fan. I loved watching him run, who didn't? I admire his massive achievements - and know more about them than most folk do - but actually I believe he's been rather stupid in how he's reacted to his fame and fortune. No more stupid than any other person would be with that level of fame and fortune at that age but nonetheless stupid. Hanging out with the so called friends who only want him because he's famous, spending ridiculous amounts of money on racehorses and fast cars, saying utterly stupid things on Twitter that you just knew (and told him ...) would come back to bite him, his acknowledged love of guns. I won't bore you with what I think about guns (again). You can read what I said about it further down this blog in regards to America and multiply that several times for South Africa.

I don't think he has been well served by the professional people he's been paying over the years. His PR team have been dreadful. They allowed outrageously offensive and libellous - and not just against Oscar - Facebook pages to run for months on end. It did rather look like someone had lost the password ...

Basically I don't believe he had any reason to kill Reeva. If he had wanted to kill her, he wouldn't have shot at her through a locked door. That could mean your victim doesn't die and you leave a living witness to testify against you. As for the reasonableness or otherwise of shooting someone you believe to be an intruder, I presume there is case law to cover that. I wouldn't know.

Supporting Oscar is hard to do. Not because my belief in him wavers but because of the constant attacks from the pitchfork-wielding angry mob. Last year I got loads of abuse and threats because I joined in a campaign to get people to buy chocolate rabbits at Easter instead of real ones. When people hate and despise you because you love rabbits you can imagine what they do when you support Oscar. It's driving my husband barmy. The favourite phrases are "You can't do anything to help Oscar and he wouldn't expect you to get stressed like this" and "Discussing anything on Facebook is like arguing with a drunk".

No, I can't do anything to help him other than pray for him but it's time to stand up and be counted. I will lose Facebook friends but then I don't want the angry mob amongst my friends. "Innocent until proven guilty" is not just some throwaway phrase to me. It's a basic tenet of civilised society. If you can't respect it I really don't want to be your friend.

For anyone who wants to follow the trial without all the sensationalist drivel I suggest you follow David Smith on Twitter @smithinafrica and/or read his summaries in the Guardian. I followed every word of the bail hearing and he reports fairly and succinctly without making it up. Sky News were an absolute disgrace. If the judge had said it was raining the reporter would have tweeted "the judge remarked on what a lovely sunny day it is today". Perverse is the only way I can describe it.

I won't be following every word. My lawyer friends will alert me to what I need to follow in detail otherwise internet and TV will remain switched off.  I'm tempted to tune in to the audio of cross-examination of the aggrieved ex-girlfriend but then we know how that will go, even if she hasn't worked it out yet.

I wish we could all turn the clock back.

God bless you and keep you strong, Oscar. Time to publish and be damned ...
Posted by Sharon Horswill at 20:09 No comments: